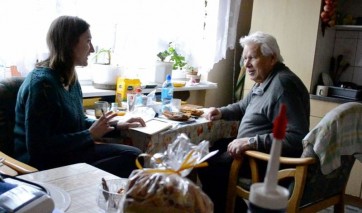 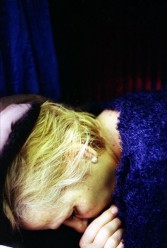 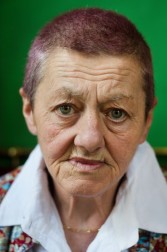 Lara Bongaerts tries with the biggest respect to translate a world that the society has forgotten. We don’t want to talk about it. They are patients but first of all they are people et we often forget about it. In fairness, lara is showing you words, images, encounters.

The origin of Maria Dabrowski’s (1988) work can be traced back to documentary photography. Her long-term projects, which portray considerable involvement, are represented in photo-installations and sometimes in book form. Displacement and (cultural) identity are important themes in her work and are expressed through her choice of such subjects as ‘outsiders’, desolate landscapes and stylized interiors. Dabrowski always seeks to reveal a certain tension lurking behind an image that at first sight seems unremarkable.

Accordingly, for the photobook Every day is a different day (2009) Dabrowski spent months with the Iranian refugee Memed who lived illegally in Utrecht, in the Netherlands, for more than fifteen years. After their first encounter, Dabrowski became curious to find out what was behind the stoic face. This led to plural encounters during which the photographer became more and more a part of his life.

In Konik (2010) she questions the efforts to restore nature to its 'wild' original state whereby offspring of Konik horses were brought back from Poland to the Netherlands. These 'wild' horses had to meet strict visual and behavioral requirements.

For her presentation in Recyclart she’s focusing on a new story which further elaborates on the topic of her recent series Back Home (2013) wherein she explores her family history in the Netherlands, Poland and Ukraine.