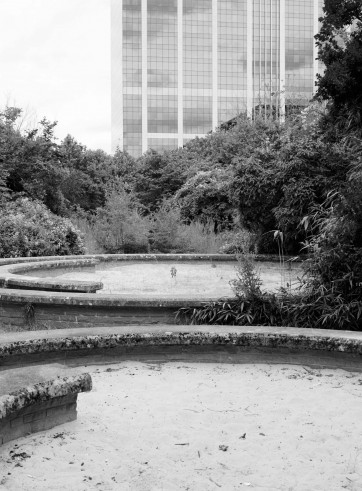 The City as Museum

In the first program ‘The City as Museum’ we move through Brussels, passing by tangible traces of the city’s history. The film Travelogue 1: The Dream of Leopold II by Stefaan Decostere poses the idea of ‘the city as museum’ and takes us on a guided tour, with a special interest in King Leopold II who was eager to add quite some specimens to the collection. In the city as living museum, we see reminders of what preceded, fulfilled dreams and achievements, solid marks of power. But as the filmmakers in this program show, their narrative is not fixed and never singular. By looking at how the city is used in response to the constructions we inherited from the past, they are giving voice to a multitude of perspectives.

The Future is Dark Which Is On The Whole the Best Thing Future Can Be, I think

The second film program of Architecture Film Festival takes us on a walk through the city of Brussels to observe it’s collective and personalized dreams poured in concrete. The constructive and destructive forces performed on these fragile structures keeps the unconsciousness of the city in a constant flux.

The title of the program “The future is dark, which is the best thing the future can be, I think,” is borrowed from Herman Asselbergh’s film Altogether where the sentence is repeated in a protest taking place on streets of Brussels. The quote originally belongs to Virginia Woolf who wrote it in her journal, when she was almost thirty-three years old and the First World War was beginning to turn into catastrophe on an unprecedented scale that would continue for years.

This program which brings audiovisual works together from different times, genres and makers looks into the grand modernist narratives of Brussels while also shining light on the smallest darkest corners of Brussels neighborhoods, its private apartments and personal stories. This constellation of moving images invites the audience to stay curious about the yet undefined parts of what the future can be.