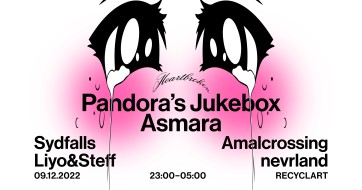 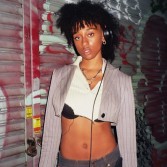 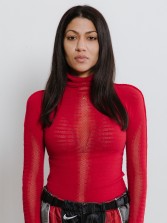 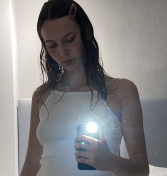 ASMARA (US)
Do we still need to introduce Asmara aka Asma Maroof??? Half of the Nguzunguzu duo, and an essential part of the genre defining collectives that were the Fade to Mind label, GHE20G0TH1K parties in New York, Wildness and Mustache Mondays in LA, her outputs, djing style and personality have been highly influential to the club scene as we know it today. Her sensual yet somber debut EP Let Ting Go embodies her adventurous relationship with sound, bridging elegant Indian strings and R&B sparkles with raw underworld drum patterns. Working with many vocalists, she’s especially worked closely with Kelela, producing tracks on all her releases. With filmmaker and frequent collaborator Wu Tsang, she’s scored Into a Space of Love, a piece on house music in NYC, and her short film One Emerging From a Point of View. Mesmerized by the connections sound makes internally, externally, and socially, she continues to explore its powerful storytelling capabilities, both behind the decks and on screen. Asmara played a memorable B2B dj set together with Manara at our 3 years anniversary party, and we couldnt be more happy to welcome her again, this time for a solo dj set <333
+

SYDFALLS (US)
Growing up in Chicago’s South Side surrounded by music and constantly inspired by house music, footwork and drill music, SydFalls have started to dj a couple years ago amongst the pandemic, and have since been steadily rising and making waves with their blazing dj sets that can span from 160bpm techno to gospel songs at 5am for extra emotional communion at sunrise... Super excited to welcome their first show in Belgium :')
+

AMALCROSSING (FR)
Amalcrossing is mostly known for her visual works, for which she utilizes the residual emotions of her childhood spent in both France and Morocco to create imagery reminiscent of her youth. Her sonic works prove to be equally full of sentiments and nostalgia, and have touched a special string in our hearts. The mix she recorded for our NTS show is an ultra melodic, climatic and beautiful journey, one of the brightest mixes we've been blessed to host. Having recorded mixes before with dida, Eterna and Malibu, this will be her first time playing a live dj set!
+

LIYO, STEFF & NEVRLAND (HE4RTBROKEN TAG TEAM)
Our faithful team of resident djs will always be there for you :')

Discrimination, abuse and harassment of any kind will not be tolerated.
If you don't feel safe, please reach out to our staff. Look out for each other.
<3
Get informed about drugs, be aware of the effect of these substances on your body and mind.
Care for yourself and others around you.
<3
Denk aan onze buren. Pensez à nos voisins.
Please be quiet when going out and don't throw your trash in our streets.