THE PUBLIC SCHOOL FOR ARCHITECTURE

Kindergartens in Medellin by CTRL G 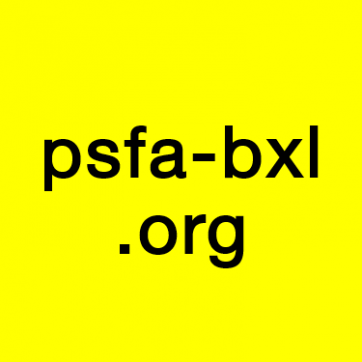 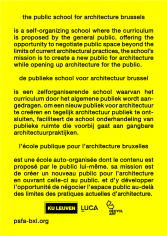 Recyclart and The Public School For Architecture are pleased to present Viviana Peña, founder and partner of architecture office Ctrl G from Medellin, Colombia, speaking about Kindergartens in Medellin: three variations on a theme.

The class will present some ideas related to the design process of three kindergartens in Medellin, Colombia, each thought as a different variation on the same theme: a spatially organized and modular system loosely inspired by tessellations and Voronoi diagrams.

Ctrl G is a Colombian architecture office created in Medellín, Colombia, in 2008 by partners Catalina Patiño (1983) and Viviana Peña (1984).

The office won the first prize in the international private competition for the second stage of the Museum of Modern Art of Medellín (MAMM) in association with 51-1 (Peru) in the year 2009 (nowadays in construction). They designed several kindergartens in Medellin recently (two in association with Federico Mesa), all built and in use, and will focus their class in Brussels this 07/05/2014 on that very topic. Ctrl+G also won the first prize of the International Sustainable gardening competition (Art and landscape Biennial of the Canaries and Tenerife islands), among other prizes and competition invitations. They are currently designing two “educational parks” in two municipalities of Antioquia, Colombia  and have several housing projects going on.

Their work has been published in several magazines such as Mark, Harvard design, Architectural Record, Arquitectura Viva, Abitare magazine, among others.
In addition to CtrlG´s  work, Catalina and Viviana are lecturers at the Faculty of Architecture of the U.P.B. University in Medellín.