FROM ATHENS TO BRUSSELS WITH LOVE (B/GR) 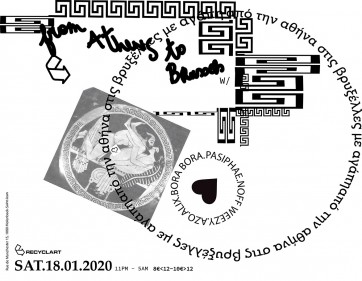 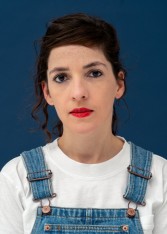 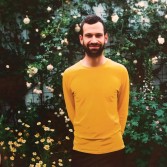 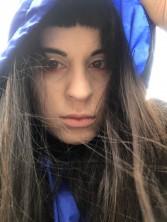 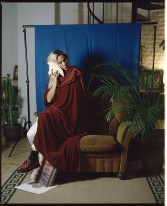 Called after the Minotaur’s mother in greek mythology, Pasiphae is one of the most interesting dj and producer of this era. She moved to the Netherlands from Greece in January 2013, a spontaneous move driven by a burning desire to immerse herself in the underground electronic music culture she’s loved since her formative years. Pasiphae’s rise over the last two years has been remarkable. Alongside a celebrated solo debut EP on Interstellar Funk’s Artificial Dance label there have been appearances behind the decks of such celebrated clubs and festivals as Tresor and Sameheads in Berlin, De School and the Dekmantel festival in Amsterdam, D.O.G.S Milan, Kaiku in Helsinki, DYN Mexico City and, somewhat fittingly, The Crave and Intergalactic FM Festival in The Hague. The music she mixes is sometimes raw, dark and percussive, at other times spaced-out, colourful and synth-heavy. Sweaty thrills and bags of rhythmic energy are to be expected from this rising star’s performances.

She's a DJ, artist and radio producer born and based in Athens. In a drum-based blend of broken beat, electro, jungle, ghetto, tribal, IDM, dub, leftfield, house and techno, her sound is often characterised by a 90s aesthetic and rave feel, yet always remains fluid and explorative filled with rhythmic, powerful or trippy elements. She has opened and appeared at local and international lineups alongside Josey Rebelle, Peach, Bufiman, Avalon Emerson, Baba Stiltz, Aurora Halal, DJ Marcelle, Bill Kouligas and Umfang amongst others.

The craziest girl in the block is throwing the best and more tasteful parties in Brussels, such as the “Dance Resurrection”, “BENEDICTION – Rituels Exceptionnels” and the “PINK NIGHT”. Her unlimited “power of love” brings the partygoers into an incredible trip through the music. Using synthesizers and analog drum machines orchestrated by numeric controllers, Azo makes a heavy and modern fusion of House, Techno, Rave and Funk music, topped with sweet and deep voices inherited from the Chicago house and the Detroit techno era.

Born in Brussels from Greek parents, Alix got passionate about the Brussels music scene just a few years ago dedicating most of his time to it through his work for Culte Agency. Eclectic and open to many electronic music genres, his taste shifts from break beat, Dubstep & Drum & Bass to trance & experimental techno.

She’s a “selecta” dj based in Brussels. Born and raised in Brussels, she is half Greek by her father. All her youth, she was rocked by the sound of New Beat. She started to organise the « Acidulez!» parties together with two of her gay dj friends. Her first mixes ranges from 90’s funky house, new beat, downtempo and all she likes to listen to… After a year living in Athens, she started to put some dark and wavy tracks in her mixes as the reflection of the city.